Editors' Picks: The 10 Best Community Theaters in the U.S.! 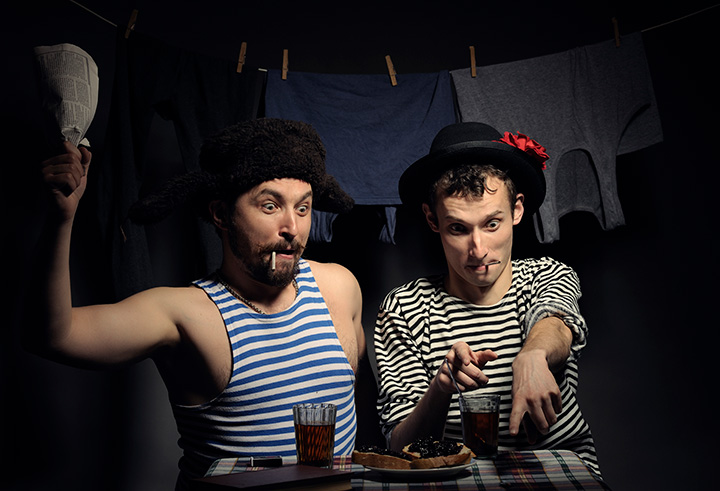 Despite living in an age that encourages us to stream or download our favorite entertainment, community theater remains a gratifyingly prominent presence in the American artistic landscape. The bright lights of Broadway beckon to many, but few would-be Oliviers or Peters or Fosters actually make it to the Great White Way. And that's a stroke of good fortune for the community theaters of America, which bring one of the oldest, and most important, forms of human creative expression to audiences who aren't regular visitors to New York or London.

Amateur and professional, countless talented Americans pool their time, talent, and skills to bring everything from Ancient Greek classics and the Bard to cutting-edge experimental plays to life onstage in community and regional theater. On the other side of the bright lights, regional and community theaters give patrons of the arts a chance to support creative expression in their own backyards. We've collected "in no particular order" ten of the very best in the U.S.

Since its founding as America's very first professional regional theater in 1915, the Cleveland Play House has produced 100 world/American premieres and a total of 1,600 productions, seen by more than 12 million people. In addition to providing groundbreaking programs for supporting new playwrights, global partnerships with theaters worldwide, and an award-winning apprenticeship program for the next generation of actors, the Cleveland Play House also launched the careers of famous actors such as Alan Alda, Paul Newman, June Squibb, and Eleanor Parker.

Why It's a Shining Star: Strong commitment to bringing classic, contemporary, and original shows to the regional theater scene in Ohio, combined with renowned programs for celebrating the dramatic arts and fostering creativity in the next generation, give the Cleveland Play House its well-earned reputation as one of the country's greatest community theaters.
Where: Cleveland, Ohio
Website

Chicago's oldest, and largest, not-for-profit theater, the Goodman is steeped in dramatic history and significance. Driven by three defining principles-quality, diversity and community-this theater has brought dozens of world premieres to the stage since opening in 1922, and its annual production of Charles Dickens' A Christmas Carol has become a holiday tradition for Chicago families.

Why It's a Shining Star: A focus on its defining principles, a core of creative pros known as the Goodman Artistic Collective, and a historical and contemporary commitment to bringing both classic and emerging art to the stage make this Chicago landmark a true regional gem.
Where: Chicago, Illinois
Website

When Samuel Campbell opened the Thistle Paper Mill in 1795, chances are he had no idea his industrial enterprise would one day be transformed into a multi-award-winning theater that would rank among the very best in the nation. Founded in 1934, the Paper Mill theater company has entertained audiences of all ages in hundreds of productions, with stars as varied as Eve Arden, Anne Hathaway, Patrick Swayze, and Rob Marshall.

Why It's a Shining Star: Paper Mill's credo is "Theater for Everyone," and in addition to its slate of award-winning productions, the theater gives back to the community by providing a variety of experimental access programs for the differently abled, as well as supporting numerous programs for those in need.
Where: Millburn, New Jersey
Website

Once infamous as the site of President Lincoln's assassination, Ford's Theatre has embraced its role in American history and "offers visitors the opportunity to immerse themselves in America's past while revealing meaningful connections to today." The theater has an evolving catalog of established and original material, and provides education programs to enrich visitors' understanding of both the arts and American history.

Why It's a Shining Star: Transforming tragedy into art and beauty, Ford's Theatre "produces musicals and plays reflecting the unique, diverse character of American lifeâ€¦(through) inspiring theatrical productions, live historic interpretation, and rich collection of artifacts, (the theater is) the premier destination in the nation's capital for all audiences to explore and celebrate Abraham Lincoln's ideals and leadership principles: courage, integrity, tolerance, equality, and creative expression."
Where: Washington, DC
Website

Packing in more than 100,000 visitors every year, the Maltz Jupiter Theatre has become one of Florida's most prominent regional, not-for-profit theaters. Dedicated to "entertaining, inspiring, and educating" the theater-going public, this theater has won multiple awards and produced world premieres of Fanny Brice: The Real Funny Girl and Through the Looking Glass.

Why It's a Shining Star: In addition to its theatrical calendar, the Maltz Jupiter also works with up and coming authors and playwrights to produce new, original content for the stage. Florida's largest regional theater, it also provides classes for children and adults interested in the dramatic arts, as well as mentorship programs and special events.
Where: Jupiter, Florida
Website

Arkansas' largest regional non-profit theater, "The Rep" has been bringing plays to life for Little Rock since 1976. The theater has produced 300 titles, 40 of which were world premieres, and is focused on "dramatic storytelling that illuminates the human journey."

Why It's a Shining Star: Arkansas youth with an interest in theater can take advantage of the Rep's selection of youth-oriented programs. The theater helps more than 12,000 kids pursue their acting dreams each year through mentorship, classes, and workshops.
Where: Little Rock, Arkansas
Website

Since 1995, the Pangea World Theater has been challenging assumptions and broadening perceptions with provocative and compelling productions. Drawing on a strong tradition of diversity and a commitment to exploring complex themes such as intersectionality, privilege, and intercultural justice, the Pangea is one of Minnesota's-and America's-most cutting-edge and progressive regional theaters. A multi-award winner, the Pangea continues to provide a voice for minority artists in both the regional and national arena.

Why It's a Shining Star: The theater is well-known for looking beyond the everyday and chooses productions designed to provoke thought and start conversations. The Pangea is a space where diversity and issue-focused content are always at the forefront. The theater promotes youth and community dramatic education through its Diverse Stage program, mentorship, and workshops.
Where: Minneapolis, Minnesota
Website

La Jolla Playhouse has some serious star power at its foundation. Begun in 1947 by Hollywood icons Gregory Peck, Mel Ferrer, and Dorothy McGuire, the Playhouse has produced numerous hits that have gone on to grace the grand stages of the world, including How to Succeed in Business Without Really Trying, A Walk in the Woods, and the world premieres of Thoroughly Modern Millie and Jersey Boys. The theater's development and mentorship program, "Page to Stage," is responsible for creating hits such as Peter and the Starcatchers and Memphis.

Why It's a Shining Star: In addition to collecting a slew of awards across more than 300 productions (26 of which went to Broadway) and continuing to produce a variety of original content, La Jolla Playhouse currently connects the community with the dramatic arts through a variety of innovative and creative programs, including immersive workshops, improv, and sponsorship/mentorship for up-and-coming theater organizations.
Where: La Jolla, California
Website

Not content to bring the Bard to audiences in Staunton, Virginia, the American Shakespeare Center opted to recreate Shakespeare's original 17th-century, 300-seat indoor theater, the Blackfriars Theatre, along with his work. This unique theater has gained worldwide acclaim since opening in 2001, and presents an unending calendar of famous Shakespeare works (and some not so famous), many with updated settings, but always true to the man from Stratford-upon-Avon's original work-and a detailed dedication to historically accurate staging and presentation.

Why It's a Shining Star: The Blackfriars Playhouse is open for Shakespeare productions year 'round, but it also hosts a variety of special theatrical, historical, and educational events (including a holiday staging of A Christmas Carol) and is available as a unique setting for meetings, retreats, weddings, or other events. Also, did we mention it's a complete and accurate recreation of Shakespeare's original indoor theater?!
Where: Staunton, Virginia
Website

It's all musicals, all the time at this commercial-theater-turned-non-profit in East Haddam, Connecticut. Having produced more than 250 musicals since opening its doors in 1963 (including 70 world premieres and 20 exports to Broadway), Goodspeed "stands at the forefront of producing and preserving the American musical, simultaneously reinventing the classics and inventing new ones."

Why It's a Shining Star: More than 130,000 folks in the Connecticut River Valley get their toes tapping at "The Home of the American Musical" each year. The theater also hosts numerous programs dedicated to keeping musicals relevant and alive in modern theater, with a writer's retreat, dedicated historical and research library, and workshops, classes, and other events for current and future performers, authors, and directors.
Where: East Haddam, Connecticut
Website